"Blood Diamond; It's Not a Game"

My Journal Group had chosen the theme "GAMES".   Look at the image for a while to see if you can understand what my GAMES piece is all about, and then scroll down to see the explanation! 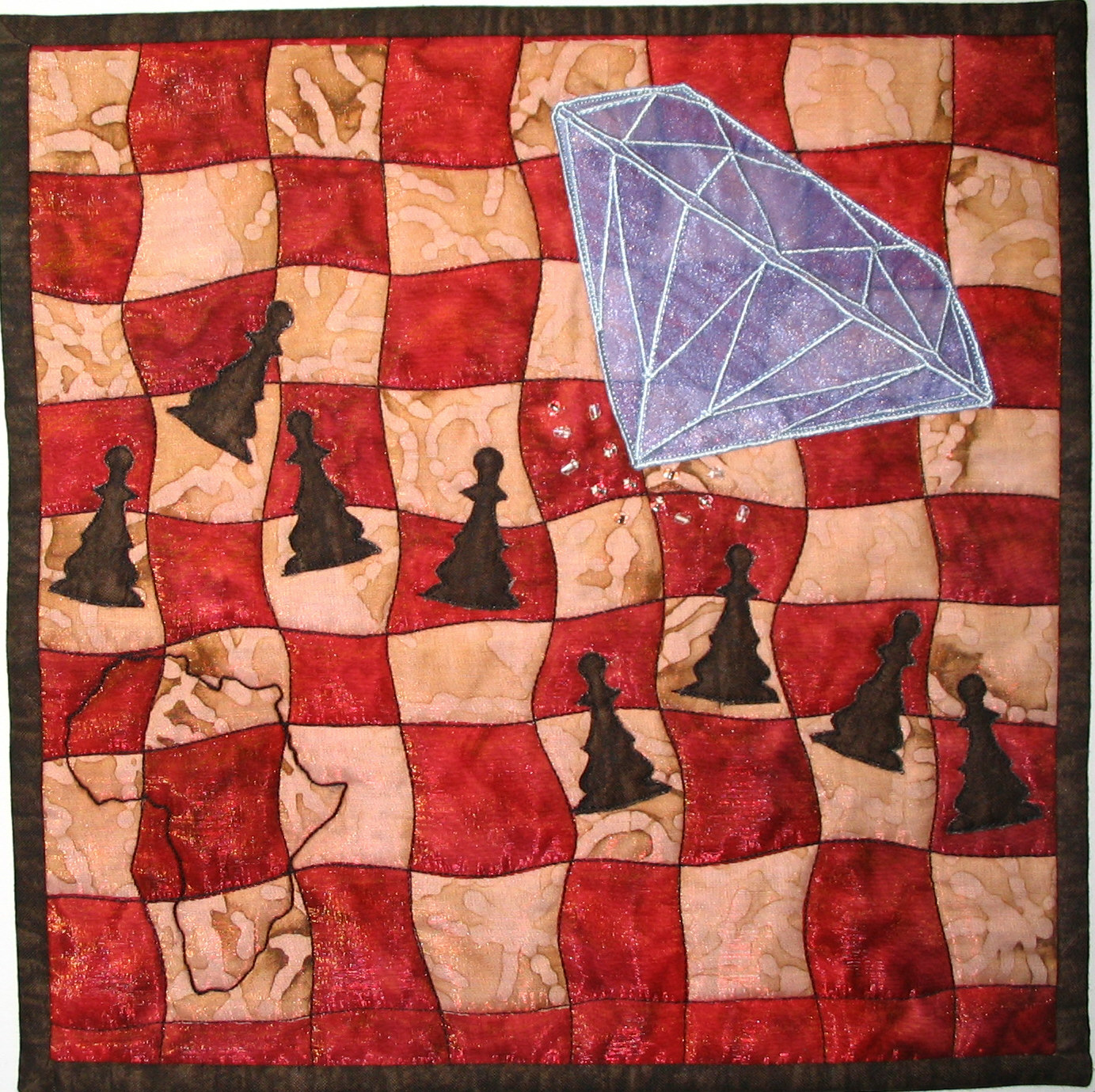 The idea for this piece came to me after watching the movie “Blood Diamond” with Leonardo DiCaprio. What an amazing actor. The movie is violent, but has a powerful message to anyone (me for example) who wasn’t aware of all the politics surrounding blood diamonds. I highly recommend watching it.  It makes me glad that I don't own a diamond.

Between 1991 and 2002 Sierra Leone in Africa was faced with a civil war against rebels supported by Charles Taylor’s Liberian special forces who were attempting to overthrow the Sierra Leone government of the day. Rebel armies attacked whole villages. 50,000 people were displaced. Many villagers were killed. Some were forced into diamond mining. Young boys were captured and forced into rebel service. The diamonds were being smuggled out of the country into neighbouring Guinea. From Guinea they were then sold as legitimate diamonds to the European market. The proceeds of the diamonds were used to fund the rebel armies. There are several other countries in Africa also guilty of trafficking in blood diamonds.

Title:  "Blood Diamond: It's Not a Game!"
The gameboard is made from strips of fabric cut into wavy lines and then woven together. This represents the then unstable political structure of the area. Sheer fabric is placed over and the piece is stitched onto batting to hold it in place. I used red fabric to represent the “red earth of Africa”. The beige fabric also had a look like primitive cave markings that I thought was appropriate. The diamond is made from two pieces of sheer fabric fused together. I traced the diamond onto it with pencil and then stitched a line. This I overstitched with a narrow satin stitch. I cut it out close to the stitching line. The black pawns represent the enslaved black children and diamond workers. They are fused in place and outline stitched. The map of Africa was drawn onto a piece of water soluble stabilizer. Two rows of stitching around the coast and then the stabilizer was ripped out and the remains removed with a few pats of water. The small diamonds are a few beads stitched in place. The piece is double batted with cotton batting. 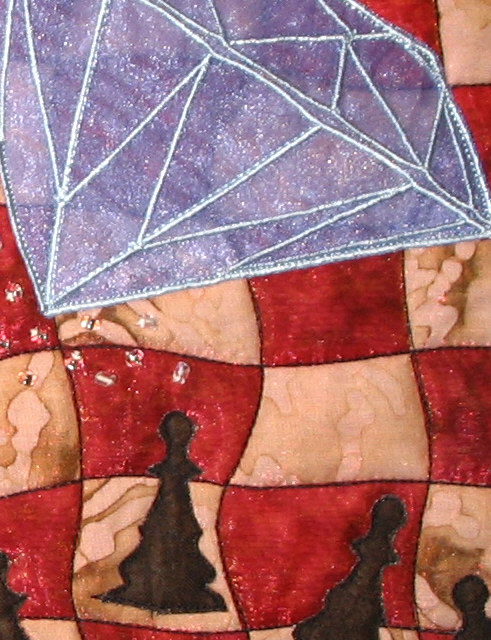